As the lotus flower tattoo designs present in both Asian and Western cultures, they vary in meanings and designs, depending on their origins and the way people perceive them.

In Asian regions, particularly among the Buddhists, the lotus stands for the purity and completeness of the soul. This is because lotus flowers are among the few beautiful flowers that grows out of the muddy water in the early, peaceful morning. Colors also change the meanings of lotus designs. For example, red lotus refers to the human heart and its tattoo represents the devotion as well as passion while the pink ones are often seen as the great spirit of the universe. In the western cultures, lotus flowers are also interpreted similarly as they are commonly considered representatives of purity, new beginnings, and divine conception. 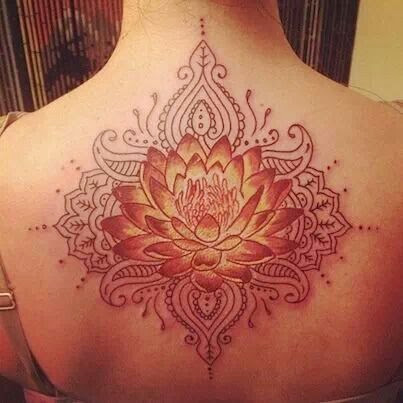 Since it symbolizes many meanings, choosing a lotus flower tattoo requires people to have a comprehensive understanding about the concept that matters to them. As it is mentioned above, colors also play an important part of lotus tattoo designs. Therefore, you should consider your tattoo’s colors carefully as each color such as red, gold or blue also have their inner representation. Lotus flower can also be part of a bigger tattoo, often called the sleeve tattoo – the one that covers your entire arm. The combination of a lotus and another symbol may completely change its meaning. For example, a tattoo that have the Buddha on the lotus is a clear indication of enlightenment or divine conception.

If you are looking for tattoos that could grasp the idea of purity, divine or fresh beginning, these tattoo designs might be your ideal choices. However, before making your final decisions, you should understand comprehensively the meanings of any single part of a lotus tattoo so that you could have one suiting you the most.